Spain is one of the best travel destinations in Western Europe. But aside from rooftop parties and delicious tapas, it is also the birthplace of many wonderful dog breeds. In fact, the country has quite a few dog breeds that are unique to them. Some of the heritage of the dog breeds in Spain today can even be traced to more than 5,000 years to breeds in Ancient Egypt. The Papillon and Phalene dogs are two variants of a single dog breed. They differ in the appearance of their ears. The Papillon has erect ears while the Phalene has droopier ears. These dogs have been very popular in Spain in the past and even today. It is younger than other breeds, but it still has a history of more than 500 years. The Papillon and Phalene dogs are attentive and loving companions to the noble-women of Europe. And they are still top companions today. The Great Pyrenees is a big dog that originated from the Pyrenees Mountains. It is a region that separates France from Spain. They are 100-pound dogs that were bred to watch over sheep for many centuries. They are calm and gentle dogs, but their primary job as to be more of a deterrent for predators like bears and wolves.

It is a courageous breed that made them legendary dogs for the mountain farmers. In the present time, they transitioned from the ultimate protector to loving and affectionate pet dogs for families. The Spanish Water Dog has an extremely distinctive look. It is covered in thick curled fur, making them perfect for those who are experts when it comes to grooming skills. Like other dog breeds, this dog also has a history of working as a sheepdog and herding dog. Aside from that, they also worked as gun-dogs, finding and retrieving small game for hunters, most especially from the water.

The Pyrenean Mastiff is misty, and it is believed to have descended from the Assyrian Empire’s molossus dogs. They were also isolated in the Pyrenees Mountains with their close cousins, the Great Pyrenees. But this dog breed can grow up to 240 pounds.

Aside from being good for shows, this dog was bred to protect and guard flocks of sheep from dangerous predators. Up until today, they still have the instinct to fight and guard when there are threats. 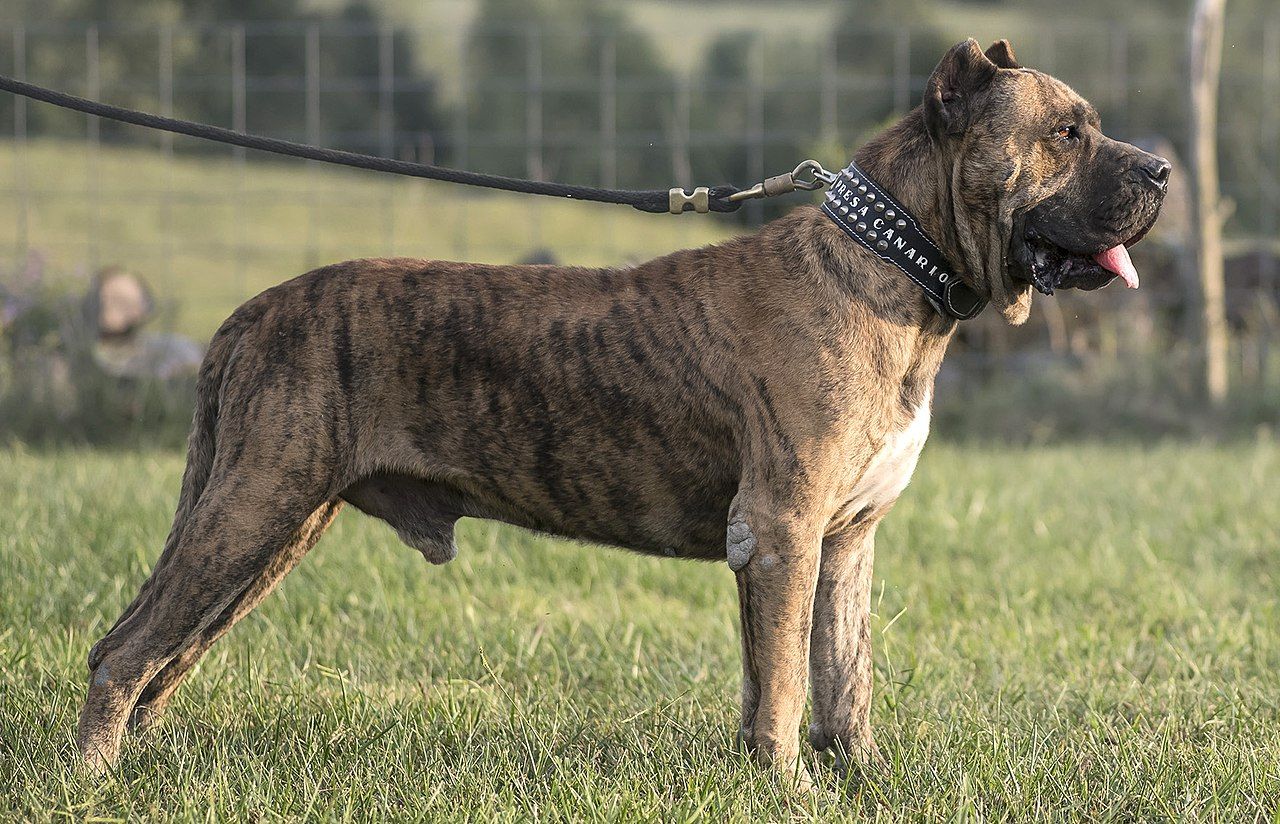 The Presa Canario dog breed originated in the Canary Islands, specifically from the Tenerife and Grand Canaria Islands. It was bred for guarding and herding cattle. They were developed through breeding programs that crossbred different Mastiff breeds and local cattle dogs on the island.

The breeding resulted in a large, imposing dog that helped locals in protecting and managing their livestock. Aside from being a big dog, it also has a lot of skin, giving it a lazy, floppy look. The Ibizan Hound dog breed looks similar to a deer. It has long legs, erect triangular ears, and narrow snout. It is a true hound with really quick speeds and stamina. They were originally bred to hunt rabbits and other small animals. They can chase their prey at a speed of about 40 miles per hour.

This breed’s origins can be traced further back than most people can, which is around 5,000 years to Ancient Egypt. But they made their way to Spain around the 8th century AD. They first arrived at Ibizan Island, hence the name Ibizan Hound. The Spanish Mastiff has droopy skin and ears. Their eyes also kind yet inquisitive, making them easily recognizable. They also have confident and courageous temperaments. The Spanish Mastiff is a big dog that is bred to protect livestock from larger predators like wolves.

This breed became popular during the Middle Ages when dangers were more of a threat to a shepherd’s livelihood. Today, Spanish Mastiffs are used to guard houses than guard a flock of sheep. They are not as aggressive and fearsome as other mastiff breeds, making them perfect as big dogs for the home.

This dog breed has a familiar Greyhound body, which is graceful and slender. This is why they are also known as Spanish Greyhounds. The origins of this dog breed can be traced back to Asian hounds that were brought to Spain by the Moors. These dogs were crossbred with local hunting dogs. The result was the Galgo Español, which is one of the best hare-hunting dogs in Spain. The Catalan Sheepdog is covered in fur from tail to nose. It is also one of the easily recognizable breeds in Spain. It originated from Catalonia, which is located in the north-east region of Spain. When you look at them from afar, they look like one mess of uniform-colored fur. But when you go closer, they are a mess of different colored hairs.

This dog breed, as its name suggests, originated from Andalusia. It is an area in the south region of the Iberian Peninsula of Spain. There are caves in that region where you can find paintings that have a striking resemblance to this dog breed.

There are quite a few varieties of this dog. They come in small, medium, and large size variations. But among all its varieties, one trait is common, which is having amazing senses. They can see, hear, and smell pretty good.

These are some of the most popular dog breeds in Spain. Among these dog breeds, the most popular is the Spanish Mastiff. In fact, they are named as the national dog of Spain. Their laid-back expression and calm demeanor perfectly reflect the peaceful and relaxed atmosphere of the country. With the dog breeds on our list, which one would you like to have as a pet?