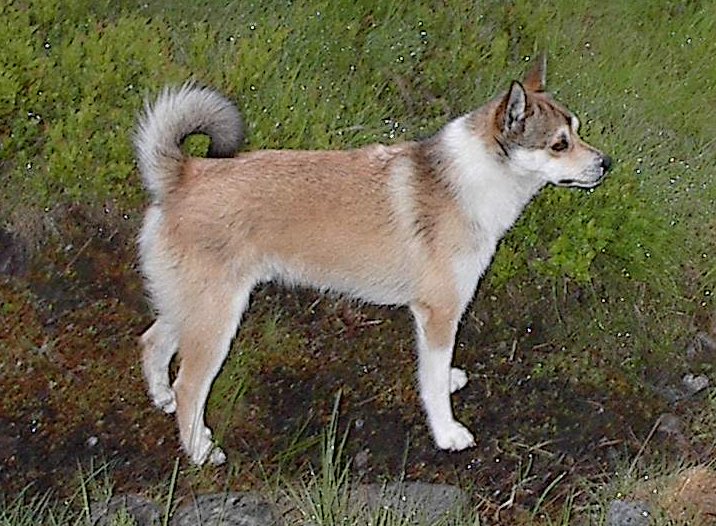 The wintry lands of the Nordic is known to have produced several excellent breeds that surely made a significant impact in the history of dogdom. These dogs excel in various types of canine tasks, which includes herding, guarding, and hunting. Versatile dogs indeed: the Nordic breeds prove to be remarkable and unique in the field.

A great example of these excellent breeds is the Norwegian Lundehund. This dog is a natural born hunter, which helped islanders in hunting during the early times. It easily gained recognition because of its strong characteristic and flexibility; when it comes to working in the field, the Norwegian Lundehund was the people’s choice.

Because of the breed’s interesting appearance and skillset, it is no doubt many people consider it as their trusted companion. The Norwegian Lundehund has proven its skills over the years and earned a solid reputation in the hunting field. Furthermore, changes in society and advancement in technology also shifted the breed’s employment. Today, it may not be as popular than other breeds, this dog now works as a strong athletic companion.

In this article, we are going to look into the characteristics and origins of the Norwegian Lundehund.

Origins of the Norwegian Lundehund

There is no concrete record as to the Norwegian Lundehund’s history. However, many people believe that we can trace back its origins to hundreds of years ago on the island of Vaeroy, which is located off the Norwegian coast. In this rocky island, the Lundehund was continuously bred for several years – isolated from the outside world.

As mentioned earlier, the breed’s early employment was hunting puffins located in the island. During this time, the islanders used to hunt these birds for their meat; it allows their people to survive the harsh conditions in the northern region. The puffins are birds that are used to building their nests on high areas, such as cliff walls. That is why the islanders needed strong and flexible hunting dogs to help them in hunting. Interestingly, the Norwegian Lundehund fits the role perfectly, making it a well-known puffin hunter. Because of this feature, the Lundehund earned a reputation as a hunting dog, which became its job for many years.

It is fascinating how this dog performed its job; it climbs the cliff walls with its athletic body and sturdy legs, then finishes the job by swiftly grabbing the bird with its strong bite. This job was perfect for the Norwegian Lundehund, mainly because of its excellent combination of skills and athleticism.

However, changes in the islanders’ lifestyle changed over the years, which made a significant decline in the breed’s employment. The once glorious puffin hunter of the north became less relevant. Thankfully, the breed was able to adapt in other canine activities, which still require its diverse skillset and strong body. Today, the Norwegian Lundehund continue to dominate the field as a competent athletic dog.

Characteristics of the Norwegian Lundehund

Just by seeing the Norwegian Lundehund, it is no doubt that this dog once dominated the hunting. It is a medium-sized dog that could stand up to fifteen inches tall and weighs up to thirty pounds. Its size is relatively smaller than other medium-sized breeds, but not small enough to be classified as a toy dog. Furthermore, this breed’s sleek size allows it to be an ideal dog for climbing cliff walls, which it used to catch puffins several years ago.

Moreover, the Norwegian Lundehund truly made a reputation when it comes to work. This breed also gained recognition as a substantial and athletic dog. It worked in the hunting field for several years, helping islanders to survive the cold climate in the north. The Lundehund’s versatility allows it to work in other fields, wherein it is now known as an athletic companion.