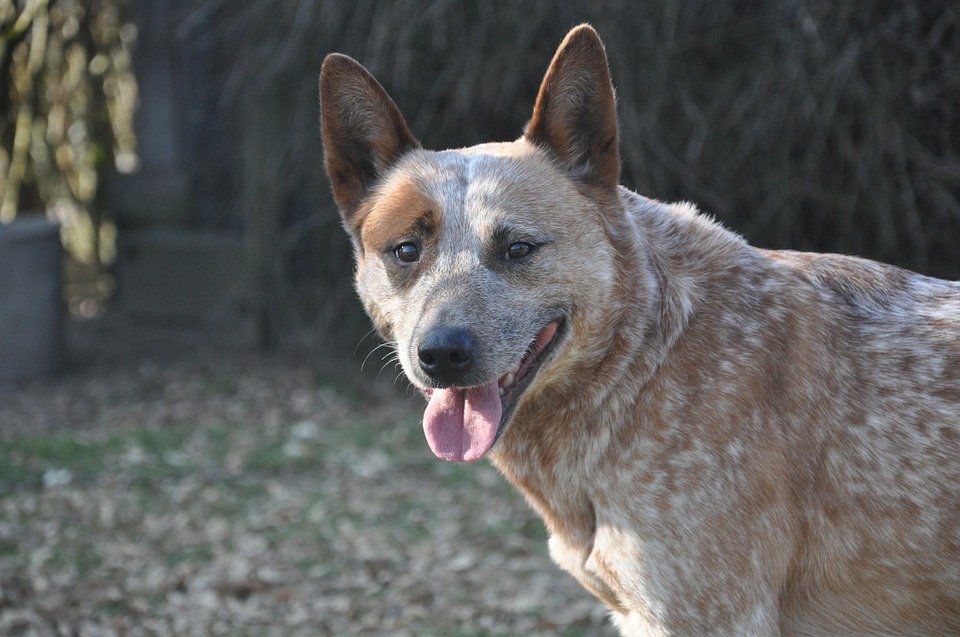 The Australian Cattle Dog is active, intelligent, and sturdy dogs. This dog breed was first developed by Australian settlers to help them handle herds of cattle, especially on expansive ranches. And today, they are still used as a herding dog. This dog breed loves having a job to do, and they also like being a part of family activities. Australian Cattle Dogs are protective and loyal with their family, they are very cautious when it comes to outsiders. Aside from doing herding work, Australian Cattle dogs are also good at canine sports, such as obedience, rally, flying discs, agility, and flyball competitions.

The Australian Cattle Dog was first bred during the 19th-century by Australian settlers to help them herd cattle on big ranches. This dog breed helped a lot of ranchers to expand the Australian beef industry because they can quietly but hostilely some uncontrollable and almost wild cattle with their bites and nips. The Australian Cattle Dog we know today is the result of several breeding and cross-breeding. This breed started when ranchers wanted a hardy dog that could handle the working conditions and harsh climates in Australia. Dogs that came from England were not up for the job. That is why Ranchers decided to breed the native Dingo. After countless breeding done by different ranchers, it finally resulted in what the experts believed to be the ancestors Australian Cattle Dog that we have today.

In 1893, a man named Robert Kaleski took up breeding Blue Heelers, and he drew up a standard that was basing the Cattle Dog on the Dingo because he believed that this is the type that is naturally suited to the Australian outback. In 1903, the Kennel Club of New South Wales finally approved this standard. Back then, the breed was called the Australian Heeler. Years later, they called it the Australian Cattle Dog, and this became the name that was accepted as an official all throughout Australia and elsewhere in the world. However, some still call this breed as Blue Heelers and Queensland Heelers. In 1980, the Australian Cattle Dog finally got accepted for registration by the American Kennel Club.

Male Australian Cattle dogs can grow up to 18 to 20 inches tall while female Australian Cattle dogs can grow up to 17 to 19 inches tall. Both male and female Australian cattle dogs can weigh from 30 to 50 pounds. Dogs that belong to this breed are active, and they need constant mental and physical activity. If they get bored or lonely, they have the tendency to be destructive. They can also chew and tear up your belongings. That is why if you want an Australian Cattle Dog for a pet, you have to be prepared to keep them busy and make sure that they wear out all their extra energy. The Australian Cattle Dog can be protective of the things and places he considers his territory, and they are always ready to defend it. Although they are not necessarily unfriendly, they can be a bit reserved, especially when it comes to strangers. On the other hand, this dog breed is devoted to his owner and family.

Australian Cattle dogs are smart, but there are times when they can be a bit stubborn. They are also consistent dogs, which is why giving them positive training can help control their independent streak. Just like any other dog breed, the Australian Cattle Dog requires early socialization. This means that you have to expose them to different sights, people, sounds, as well as experiences while they are still young. Socialization training at an early age can help your Australian Cattle Dog puppy to be a well-rounded dog when he grows up.

Australian Cattle dogs are very hardworking; that is why it is best if you keep them in an environment where they can get plenty of physical and mental stimulation. Living an apartment and being left alone for long periods does not suit them well. This is because they get destructive when they bored, and the tendency is they will chew on anything they see. Australian Cattle dogs need a home that has a securely fenced yard, such as in the country farm or ranch. If you want to take care of an Australian Cattle Dog yourself, then you have to make sure that you can provide them with a proper outlet for all their natural energy. They can be quite energetic because they were bred to herd and chase.

Our website is made possible by displaying online advertisements to our visitors. Please consider supporting us by disabling your ad blocker.